Plants and Flowers of Mutinondo Wilderness 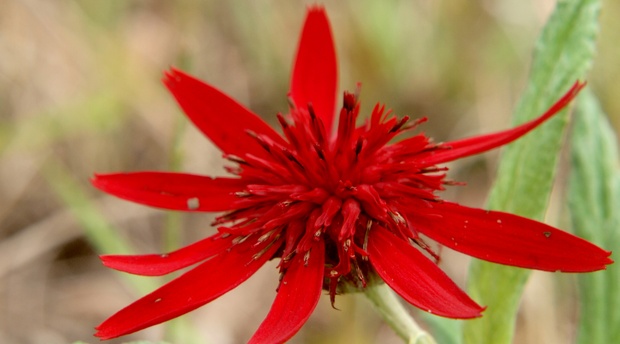 The pristine Miombo woodland surrounding granite inselbergs, wetlands, rivers and waterfalls has been largely undisturbed for almost a century, and it hosts a rich and diverse vegetation that everyone can enjoy. The wonderful array of wild flowers is a colourful reminder of the extravagance of nature and, thanks to work of Mike Bingham, Paul Smith and the great team at Royal Botanical Gardens, over 1600 different plant and tree species have been confirmed or determined from the area.

The wonderful array of wild flowers is a continual reminder of the extravagance of nature and, thanks to Mike Bingham, Paul Smith and the great team at Royal Botanical Gardens more than 1000 different plant and tree species have been confirmed or determined. The following 2 new species to science are among discovered at Mutinondo: Crepidorhopalon mutinondoensis Fischer, Darbyshire and Bingham; and Habenaria binghamhii G. Will. The discovery of a single specimen of the cycad Encephalartos schmitzii represents a considerable extension of the known range in Zambia.

The following excerpt is taken from the book, “Field Guide to the Trees and Shrubs of the Miombo Woodland” written by Paul Smith, a plant ecologist specializing in African botanical and reproduced with permission from Plant Talk, the quarterly periodical on plant conservation worldwide. (www.plant-talk.org):

"Mutinondo is a rare treat for botanists. Perhaps the most striking feature is the inselbergs. These granite leviathans dwarf the woodland and dambo below, and by night or day their great amorphous forms conjure up weird and wonderful creatures in the mind's eye. 'The caterpillar' seems to crawl through the miombo mulch, and Mayense peak rears its head like a lion calling after rain. Here is a unique microclimate. There is no ground water to tap and the plants must either find a way through to the soil below, or survive on dewfall from May till November. One such survivor is the resurrection plant (Myrothamnus flabellifolius), whose leaves fold away like the wings of a locust. Other well-adapted species include Aloe mzimbana and a striking Kalanchoe, both managing to persist on the the sponge mats of Coleochloa which cap the rock. Up here on the warm rock the python comes to sunbathe and keep a covetous eye open for the unwary.

"The miombo woodland in this remote part of Zambia is remarkable that it is largely free from human disturbance. Brachestegia spiciformis, B. utilis, B. floribunda and Julbernadia paniculata are the dominant canopy species, and because the granite-derived soils are deep and freely drained, the trees are tall and clean -boled. The herbaceous layer is sparse, which makes walking easy.

"Wildlife are elusive, but duiker are common and hartebeest, roan and sable antelope may be seen. Nocturnal residents include the bushpig, civet and several species of mongoose, Elephants (used to be) infrequent visitors, but Mike and Lari hope the presence of tourists will reduce poaching and that eventually these and other animals will come up from the famous Luangwa valley to the east.

"Through the middle of the site runs the Musamfushi river, with pools and waterfalls. The water is icy cool and free of crocodiles, although we were informed (after our swim) that the pool we visited is frequented by a forest cobra (- Naja melanoleuca) who are tolerant of visitors. Here the flora is a thin strip of riparian forest dominated by waterberry (Syzigium cordartum) and an assortment of figs (Ficus ingens, F. sur, F. natalensis). Associated with the streams and watercourses are numerous 'dambos', seepage zones of edaphic grasslands dominated by the tufted perennial grass Loudetia simple and members of the genus Hyperenia. Conspicuous herbs are the bright yellow Gnidia chrysantha and a multitude of a delicate purple and yellow Uticularia and Genlisea species. The dambos are home to reedbuck and any other grazers which may be passing through.

"The uniqueness of MWA (Mutinondo Wilderness Area) stems partly from the habitat it protects, but also from its history of isolation- despite deep granite soils, the area has been uninhabited for generations. The result is a pristine miombo wilderness unrivalled in this part of Africa."